My Final Gift to my Father: This Burden 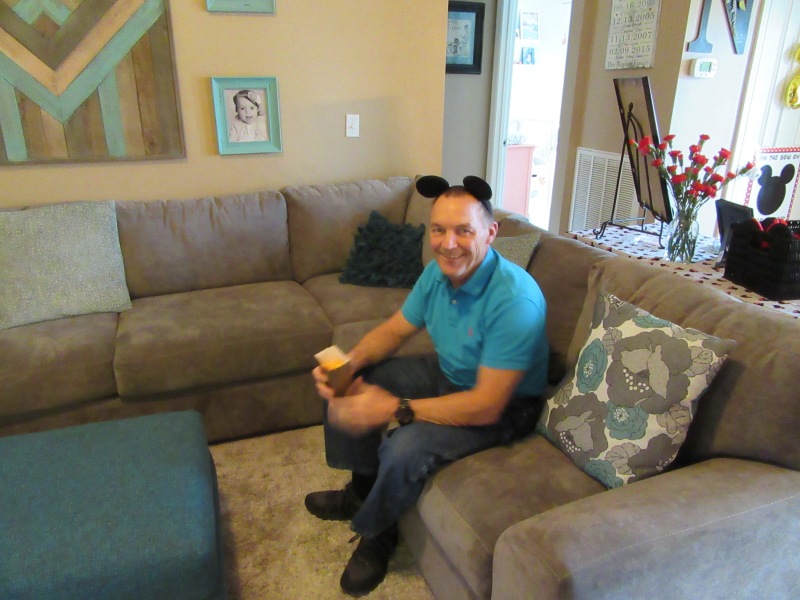 Unsuspecting subjects of the fates is what we become.  Persons wandering the land only to be shackled by a yoke fashioned in the randomness of life.  Living life, free, free of this burden, the world a place of solace and comfort, then suddenly, that world dies.  There is no more freedom, not from sin, not from death, not from your thoughts, not from this burden.

When I was younger, naïve people in church who meant well would often implore us to ask God to burden us with something: those lost to Christ, those children dying of hunger, that ministry God needed you to do.  Lord, give us a burden for you.

What poppycock.  As if a burden sought through voluntary prayer can become something other than voluntary.  As if a burden we choose to receive can change our inner core.  This sort of “burden” was an act of piety to get us to feel something, move, and do something.  It was a faith seeking a burden in order to make that said faith relevant.  Without the burden, the faith seemed empty, not to mention selfish.

Yet, the burden to seek our faith in the first place was not something sought so flippantly, nor voluntarily.

Something about God’s prevenient grace questing after us, unrelentingly, seems to ring more of a bell than a faith so easily chosen.

The most precious things in life are not chosen by us; instead, they enter without our choice demanding our attention, until we can choose no other.

This is what a burden is.  It is not something we choose; it is something hoisted upon us.  It is that which we cannot choose to discard.  It stays with us.  It doesn’t leave even after we ask it to do so.

It is a tortuous refining fire that makes us suffer with it.

It is a real burden.  Those are not simply prayed for, nor are they prayed away.

On this day, my father, a 65-year-old man in good health, collapsed, suffering cardiac arrest.  No warning. No signs.  No medical history.  And, of course, no goodbye.  As we stood by his bedside where his dead body lay, saying goodbye to him after the ER had done everything they could, we hugged his warm body until it turned cold.

The burden found me then though I didn’t realize it.  And God, I wish it hadn’t.

What is this burden?  What is it that I now carry with me, the burden I owe to the death of my father?

My father died young, in good health, and he died suddenly.  As we would all wish our loved ones to die when they must, even as we wish death for ourselves someday, my father died that way.  Fast, quick, and painless, with dignity.

He did not become the waste of a human person that so many of us will become, spirits trapped in flesh that steal our humanity from us.

My dad didn’t have to do that.  He had a good death.  A clean death.  A painless quick death that he most likely didn’t know had happened.  He died as we all hope to die.

Yet, his good death gives me a great burden.

For my father to die as he did, I will necessarily carry the pain of sudden loss, of regrets, of the goodbye never spoken.  Here one minute, gone the next, he was raptured from our life.

I will not have the closure experienced by people who get to say their “I love you’s” and “thank you’s” and “I am sorry’s” before their loved one’s pass.  I did not get the final hug, kiss, or hands held tightly that I would have wanted.

In order for me to have had closure, he would have needed to grow old, grow sick, give me time to expect his death, say our final words, and then say goodbye when the season of goodbye had arrived.

My peace would be his hell and then he would die.

Yet, this is not how it happened.  The irony is that my father gave me what he would never want to have given me in order for him to die as I would have wanted him to die.

In the end, the burden that I must suffer his death when he was young, and without a goodbye, is the final gift I can give my father even as I’d rather not give it.  It is the burden I have to give him because he gave me the death I didn’t want to experience even as it was the death I would have wished for him.

This is the trade-off.  This is the gift I can give to my father.  I must carry the burden of his sudden loss so that his death could be the kind of death I would want him to have if he had to have it.

I hate this burden.  I hate that I must carry it.  I hate the pain and shock that accompanies it.  I did not pray for it and I certainly didn’t need God to give it to me.  Yet, it found and forced itself upon me.

I will hate it until I meet my own death.  I hate that he left too soon.  I hate everything about it.

Yet, 8 weeks from my father’s passing I find I love this burden because it is the last gift I can give my father in order for him to die the death I would have hoped for him all along.

For him, no matter how heavy gets, I will carry it through tear stained pain and with a heart of gratitude for the man I am proud to call my father.  I will carry this burden because my dad deserves nothing less.

The leading Christian magazine in the United Kingdom, helping you connect with God, culture and other Christians.